The Royal Academy of Illustration & Design, aka R.A.I.D., is an award-winning artist collective located in Toronto’s historic Parkdale. With a primary focus on comics and graphic novels, R.A.I.D. is a creative ecosystem where artists can build their ideas, collaborate, and access varied expressive platforms. Through its network of creatives, R.A.I.D. also operates as a scaleable creative agency that offers expertise in creative concepts, idea development, and visual solutions involving illustration, design, animation, film, multi-media, and sequential art.

R.A.I.D. was founded in 2002 by friends Chip Zdarsky, Ben Shannon, Kagan Mcleod, and Cameron Stewart. What began as a shared space for four artists eager to make their mark grew and evolved into an artist collective featuring some of the finest talents in the comic and sequential art industry. Ensuing years saw residencies by such notable artists as Kalman Andrasofszky, Karl Kerschl, Andy Belanger, Scott Hepburn, Cary Nord, Marcus To, Paul Rivoche, Francis Manapul, and Ramón K Pérez. Some staying a short time, while others have made it their home to this day. With such a varied array of creatives and an ever-evolving array of new voices entering the collective, individuals are given a unique space to learn, collaborate, and inspire. In 2018 R.A.I.D. expanded to its new headquarters located at 1720 Queen Street West in Parkdale, TO. Within these walls you can find a creative ecosystem;

Members of The RAID Studio have collectively garnered critical acclaim through numerous awards and nominations across many fields and industries, such as digital media, animation, short films, children’s literature, video games, and comics.

[Video] The documentary COMIC BOOK ARTISTS: NEXT GENERATION was filmed in 2014, and originally aired on AT&T’s U-verse. The 30-minute documentary takes a peek into the lives of RAID studio members Ramón Pérez, Francis Manapul, and Kalman Andrasofszky, and their lives as visual creatives and storytellers, with cameos by Stan Lee, Alyssa Milano, and Jim Lee. 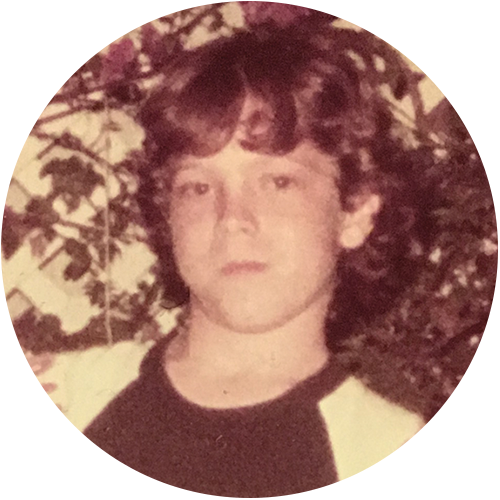 Kalman is a native Torontonian and resides there still. Much of his work has been on covers for Marvel comics, but more recently he has been noted for his design work on the new CAPTAIN CANUCK for animation and comics. Kalman also writes the new Captain Canuck comic series and co-writes Captain Canuck Year One with Jay Baruchel, both published by Chapterhouse Comics. 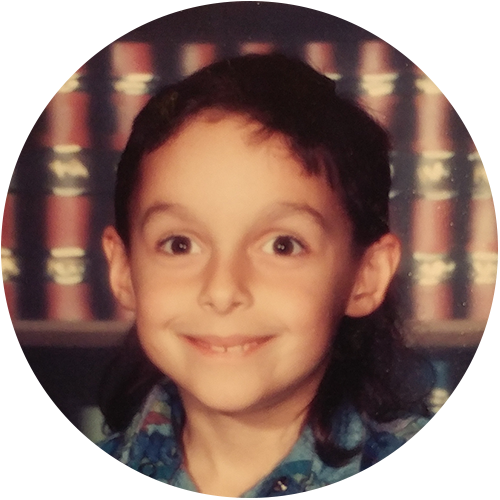 Damian grew up outside of Vancouver and spent most of his childhood collecting rocks and covering himself with dirt. He has since moved on to working with both public and private sector clients, creating a variety of graphic design and marketing projects across Canada. Damian now resides in Toronto where he recently unlocked the achievement ‘Successful Indie Comic’ with THE HOUSE OF DOOM – and when away from the drawing board, Damian can be found aimlessly wandering/wondering around the Annex, with or without rocks. 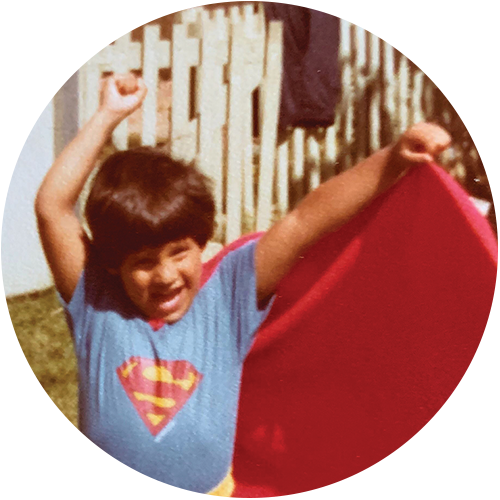 Sheldon is the author of forthcoming fantasy-heist epic, TO STEAL THE SUN. He is also lucky enough to have his dream job, working on the hit game Warframe as a developer, producer, and spoiler king. In 2017, he began co-hosting The War with Art podcast, which helps other artists fight their creative battles. He once caught a fly with chopsticks. 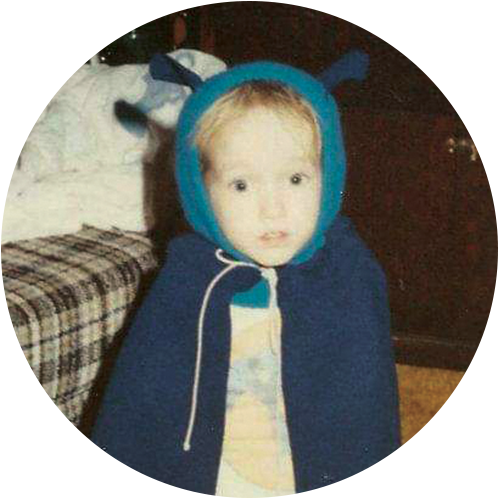 While Rob has not won any awards he has watched Emmy award winning shows. 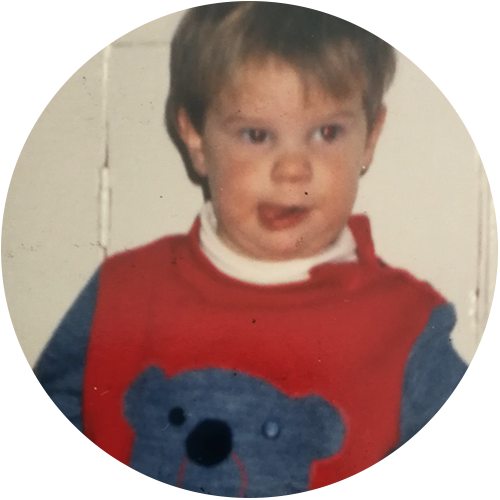 Andrew Dorland has recently returned to Canada after working as a storyboard artist in Ireland and living in a converted horse stable.  At the Studio Andrew often divides his time between doing storyboard work and comic illustration.  He has boarded on various animation projects in Toronto and Dublin, while his comic credits of note include SOUTH OF YONDER for Markosia, and his creator owned comic SCARABS.  Whether it be animation, storyboards, or comics Andrew will be busy doing one of the above. 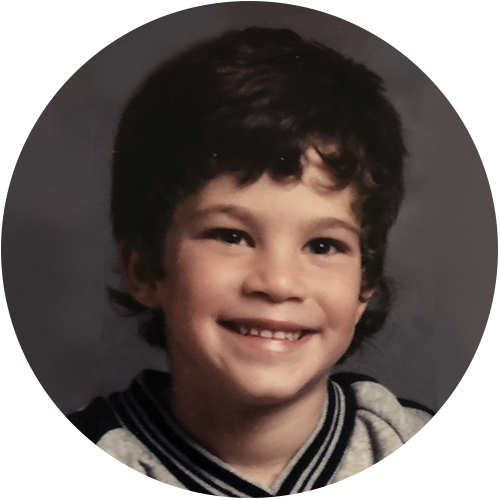 Anthony is the Amazon best-selling author of books such as ARGUMENTS ABOUT SUPERHEROES and AF 15. An experienced storyteller, Anthony has written novels, screenplays, comic books, and poems. His most recent novel is the heist tale COMIC CON MEN and he is the writer for the comic book NORTHGUARD from Chapter House Publishing. Born in Hamilton, Ontario and now living in Toronto, Anthony travels extensively seeking inspiration around the globe. 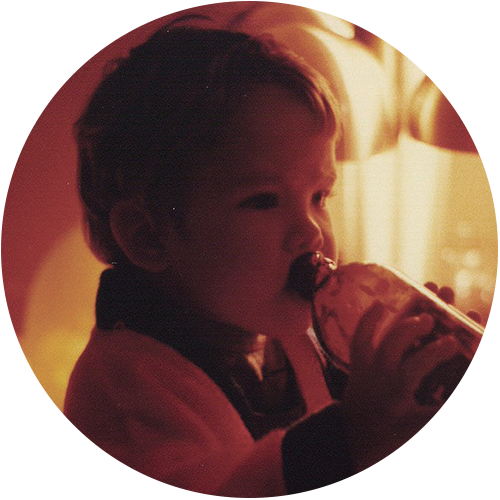 Born in 1976, Dax “D-Gee” Gordine has been a professional artist for 19 years, with jobs ranging from illustrating web comics (FORESTFOLK and BRAVOMAN) to classical film animation (EIGHT CRAZY NIGHTS, CURIOUS GEORGE, OSMOSIS JONES) and computer animation for video games. Most recently he has worked as a concept artist on the PVZ GARDEN WARFRAME franchise. This range of experience in both digital and traditional mediums has made Gordine a versatile and dynamic artist whose work is continually in demand by peers and fans alike. He lives and works in Welland, Ontario. 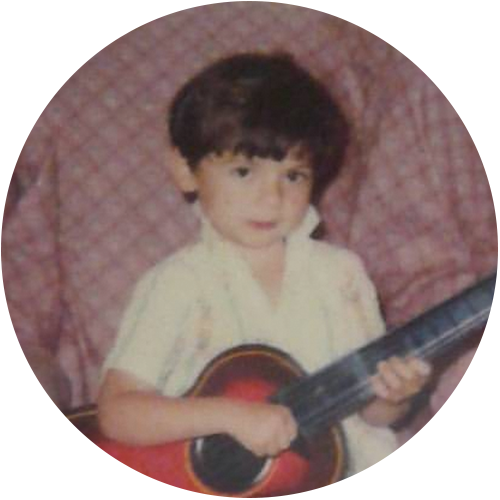 Andrew is a screenwriter for animated comedy series. Over his illustrious six-year career, he’s worked with such companies as Disney, Corus, and Cartoon Network. Alongside his fifteen produced credits, Andrew was nominated for Best TV Film at the Annecy International Animation Film Festival in 2018, for his work on Cartoon Network’s Han Gusso. Currently Andrew works as a development executive for Portfolio Entertainment while writing on Teletoon’s adult animated sitcom THE DOOMSDAY BROTHERS. 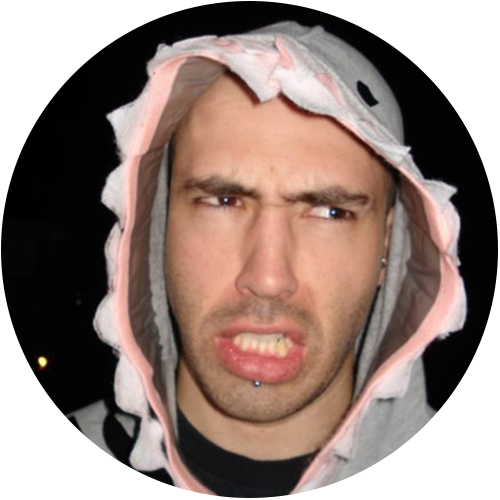 Scott is a Toronto-based comic book artist most known for his work on the Marvel comic series GHOST RIDER, DEADPOOL, and DRAX.  Other titles in his career include Detective Comics, Flash, Powerman and Ironfist, Nova and the upcoming Spider-Man and Deadpool.  Scott is one of the last surviving highlanders. Unfortunately there can only be one. 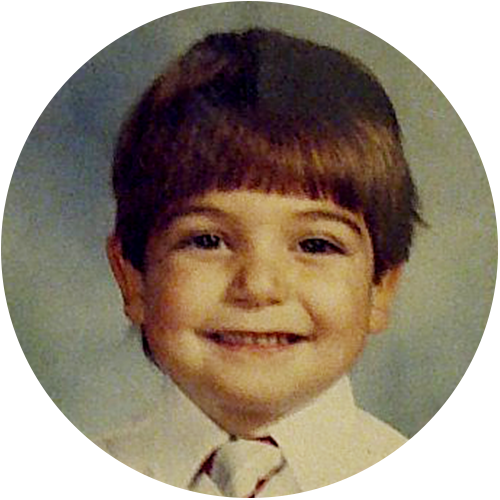 Shane Heron was born and raised in Toronto, Canada and has worked in comics since 2007. He is the creator of MORRIS, as well as artist/co-creator with Ricky Lima of the smash hit BLACK HOLE HUNTERS CLUB and has contributed work to volumes 1 & 2 of MONSTROSITY and CAULDRON.  Other projects include his own creation THE ALMIGHTY’, Joel Buxton’s AWESOME MARCUS NINJA, and Fearless Fred Kennedy’s MIKE GORBSMITH: THE ONLY ATTRACTIVE RUSSIAN EVER. 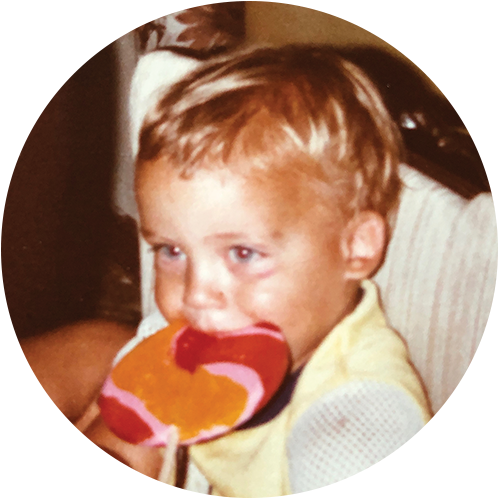 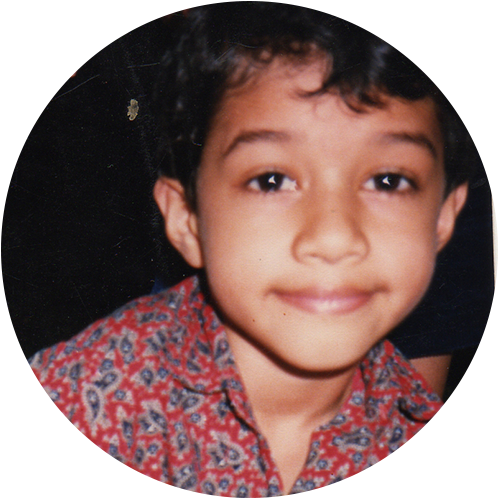 Born in India, brought up in Dubai, Danesh has always had a love for art and comic books. With an Honours Bachelor of Science in Psychology from UofT, a Certificate in Art Fundamentals and two years of Techincal Illustration at Sheridan College, Danesh decided he was ready to embark on a freelance career in the arts and funny books.

His career began as a cartoonist and page designer for the Dubai newspaper GULF NEWS, followed by such freelance clients as DUBAI METRO, TD WEALTH, and SCHOLASTIC. After years of travel, and a brief stint in Spain, he currently freelances from Toronto. 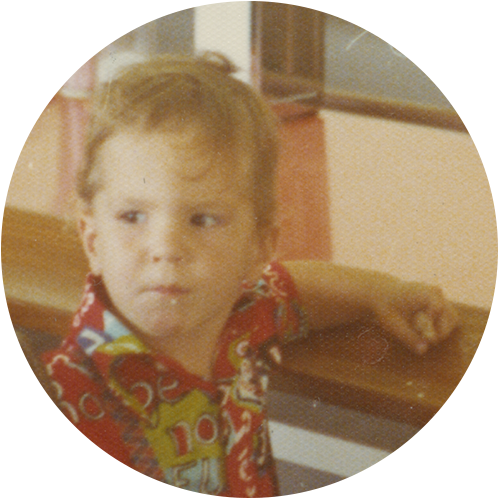 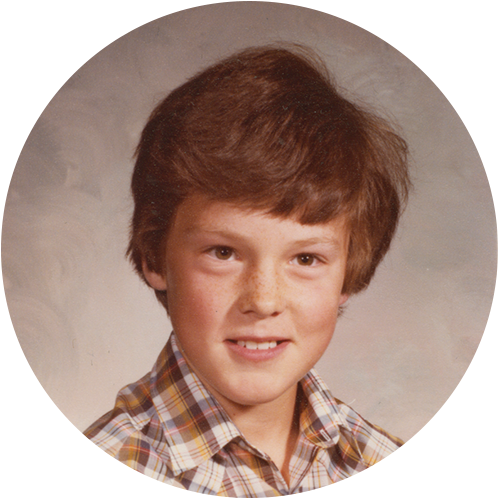 Gibson is best known for illustration work on THE WAR ON DRUGS strips with writer Alan Grant in the European magazine WASTED. In North America, Gibson is the regular artist on the ‘Organ Grinder’ stories in the UNDERTOW Comics from 7th Wave. He has also had work published by many comic companies including: Dynamite, Chapterhouse Comics and the Heroes of the North. 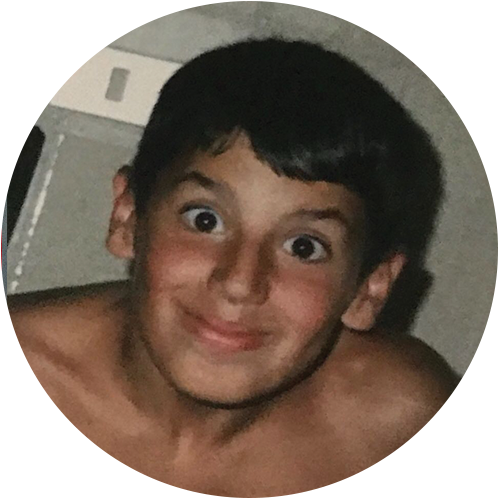 Gabe is a Toronto-based illustrator who specializes in storyboards, concept art, and comics. While accumulating a variety of experience in the film, tv and advertising industries — working on projects for companies such as Nike, Ford, Bud Light, and Nissan — he’s pursued his own creative projects. His current focus is on the production of his creator-owned horror comic series SCARE TALES alongside co-creator Kyle James Smith. 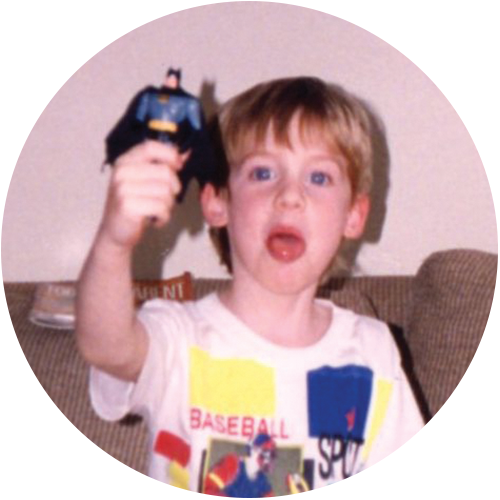 Over the last decade, Kyle has worked as a video editor and colourist. He spent his spare time writing, illustrating and self-publishing his own comics, but at the beginning of 2017, he decided to take a crack at freelance life to focus on making comics full-time. You can check out Kyle’s recent work in SCARE TALES – a horror anthology collaboration with RAID member Gabe Sapienza, and ‘BLACKMOUTH’ his creator-owned comic on WebToons. 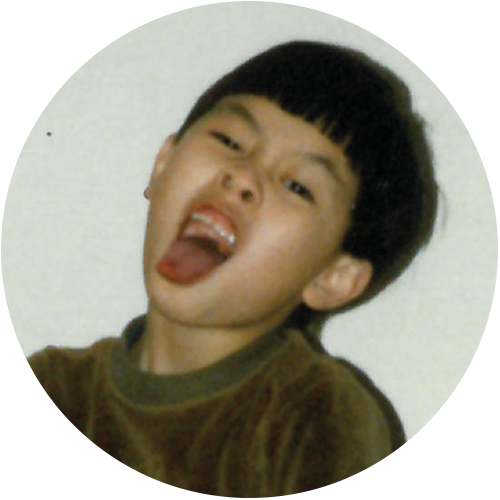 Marcus is a New York Times bestselling illustrator and storyteller who lives in Toronto, Canada. Throughout his career Marcus has drawn virtually every DC superhero, having worked on Red Robin, Huntress, Batwing, Flash, and Wonder Woman. He is currently the artist on Marvel’s EXCALIBUR. When he isn’t drawing, Marcus enjoys playing hockey and hanging out with his turtle, Gramps. 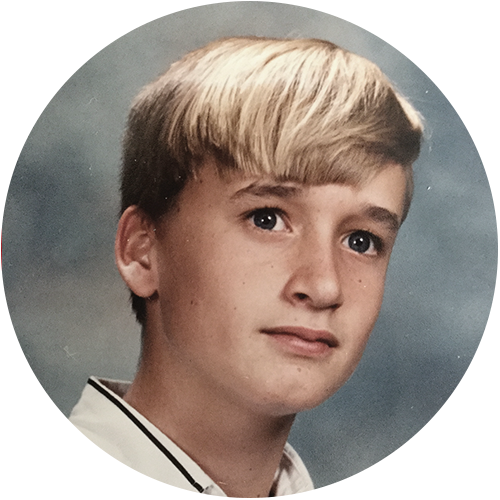 Eric’s career has spanned nearly twenty years in the entertainment industry. From comic book artist, illustrator, animator, painter to concept artist and art director, he’s had the pleasure of working on many high profile projects. Currently he is employed as the lead concept artist at Digital Extremes, a triple A studio responsible for the smash hit game, WARFRAME. Alongside this, he works tirelessly away on his personal project AARDEHN and on his latest endeavor titled HERE THERE BE MONSTERS.

REPRESENTATIVES OF THE ACADEMY

In 2002, a crack commando unit of talent creatives was formed. Sent out into the world they garnered awards and accolades for their creative achievementsl. These creatives promptly escaped desk-jobs and fled  underground. Today, still highely sought after for their unique skills they survive as freelancers-of-fortune. If you have a problem, if no one else can help, and if you simply reach out to these individuals…  you can hire THE RAID STUDIO.

The Royal Academy of Illustration & Design is an award-winning creative community of artists, writers, designers, editors, animators, photogtaphers, and more in a shared co-working environment.  As a collective RAID operates as a creative agency with a primary focus on sequential art, idea architecture, & visual development, illustration, and design.